PROMOTING FAIRNESS AND EQUALITY IN THE WORKPLACE 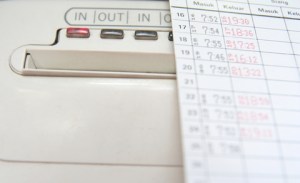 
In a society that blurs the lines between corporations and people, perhaps it was inevitable that some employers would blur the lines between people and inanimate objects.  Even so, it is shocking to learn that in a growing number of low wage industries, employers  treat part time employees as fungible, disposable assets, instead of human beings worthy of  respect.

Part time workers who toil in retail, food service, and janitorial jobs often find that their time is treated like just another production cost to be sacrificed on the altar of “maximizing profitability.”  They may be kept “on-call” with no compensation, assigned shifts with short notice, or burdened with unpredictable, fluctuating hours.  Even if scheduled to work, they may be told “we don’t need you today,” and sent home empty-handed.

When the labor needs of a business increase, a part time employee’s request for increased hours or  full time work is often denied.  Why? It is more “cost effective” to hire an additional part time worker than to pay a current employee the statutorily mandated benefits that come with increased hours.  Job security is illusory.  Nothing stops an employer from firing a part time employee who refuses to come in on short notice, even if the cause is a sick child or inability to rearrange an established childcare schedule at the last moment.

In addition to being inhumane, these insecurity-inducing employment practices take a huge toll on the  nation’s economic and social health. Without a predictable schedule, how can a low skilled worker improve his or her employability through education? How can a working mother arrange for stable childcare? How can a low wage worker take on additional part time employment to raise the family income above poverty level?

Scheduling abuse of low wage part time workers is a serious social issue that is finally getting the attention it deserves.   On July 22, California Representative George Miller and Connecticut Representative Rosa DeLauro introduced  H.S. 5159, “The Schedules that Work Act” in the House of Representatives.   A companion bill sponsored by Senators Elizabeth Warren and Tom Harkin will be taken up by the Senate.

“The Schedules that Work Act” is characterized by its proponents as a conversation starter about the devastating effect of unreasonable scheduling demands – a practice that has become commonplace in industries as diverse as Big Box stores, fast food chains and multi-national banks.  If enacted, it would prevent retaliation against employees who ask for schedule adjustments;  create an interactive process for employees to obtain accommodation for caregiving responsibilities, classes, second jobs, and other needs;  require employers to provide at least two weeks advance notice of work schedules; and provide at least some compensation for last minute schedule changes, split shifts and early dismissals.

Unfortunately, the bill’s provisions, modest as they are, may be too controversial to pass the gridlock in Congress.  While employer-side representatives loudly proclaim the benefit of flexible part time schedules for both employers and employees, the Bureau of Labor Statistics reports  that roughly 7.5 million employees are working part time only because their hours were cut or they were unable to find full time work.

This is not to say that flexible part time scheduling can never be beneficial for employees.  A predictable flexible schedule — one that enables part time employees to take a second job, to enroll in a training course or to provide care for family members – would be highly desirable to many.

There are hopeful signs of change to come at the local level.  In San Francisco,  Supervisor Eric Mar is poised to introduce the aptly named “Retail Workers Bill of Rights” to the Board of Supervisors at its July 29 meeting.   The proposed ordinance targets “formula retail” businesses,  a designation that includes chain stores, fast food restaurants, and multi-national banks.   Among the rights granted to employees are the right to  four hours pay for “on call” time or shift cancellation on short notice and the right to be offered additional hours before  any new part time workers are hired. The bill is supported by Jobs with Justice, a broad coalition of labor, community and small business groups.

The families of part time low wage workers need and deserve help creating a path out of their current predicament.  The toxic combination of low wage employment and unpredictable schedules is a form of involuntary servitude that should have no place in 21st century America.

Charlotte Fishman is a San Francisco attorney with over 30 years of experience handling employment discrimination cases on the plaintiff side. In 2005 she launched Pick Up the Pace, dedicated to overcoming barriers to women’s advancement in the workplace through legal advocacy and public education. She has authored amicus curiae briefs in major cases before the United States and California Supreme Court and writes and speaks to a wide audience on cutting edge employment issues affecting women.
Posted by NOTES FROM THE WILDSIDE at 10:09 AM