It’s Not Safe Out There

It’s Not Safe Out There 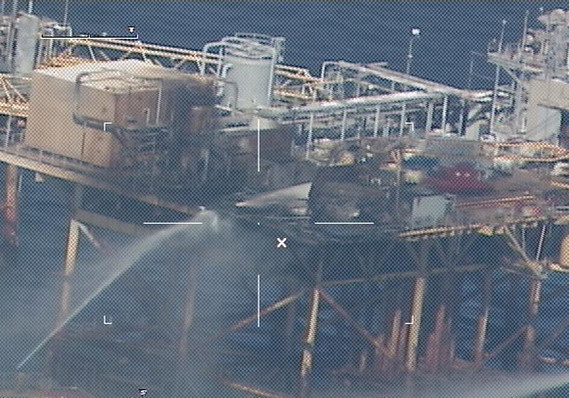 Anthony Tenny told Clearwater Paper several times that he was concerned about working in excessive red cedar dust at its Lewiston, Idaho, sawmill. But nothing changed. So he reported his fears to the Occupational Safety and Health Administration (OSHA).

Within a month of OSHA inspecting the plant, Clearwater fired Mr. Tenny ­– despite his six-year tenure, supervisors’ praise and promotions. Five days after Clearwater sacked Mr. Tenny, another worker, John Bergen III, a 10-year Clearwater veteran, died after inadvertently stepping into a gaping opening in the floor of the adjacent paper products plant.

It’s reprehensible that thousands of workers still are killed on the job every year.  It’s unconscionable that employers punish workers for reporting hazards. And it’s outrageous that workers who are fired illegally aren’t adequately protected. The Occupational Safety and Health Act of 1970 established workers’ rights to safe workplaces, to refuse to labor in hazardous conditions and to be free from retaliation for reporting dangers.  But OSHA, the underfunded agency charged with enforcing the law, can’t effectively shield either workers or whistleblowers. The agency is a soleless work boot – fine on the surface but failing its purpose. As a result, it’s not safe at work and not safe reporting dangers at work.

It has been a long time coming for the husband and father who lives in a small town dominated by Clearwater. The Clearwater pulp, paperboard, and consumer product facilities and the sawmill, now owned by Idaho Forest Group, employ about 2,000 in the town of 32,000.

Three difficult years have elapsed since Mr. Tenny lost what was a good, family-supporting job. Now, finally, OSHA has his back. Mr. Tenny, 48, completed training and has a new job. But he felt stung again last week when some local press stories about the OSHA lawsuit noted that Clearwater gave him a drug screen before firing him but neglected to report that the test results were negative, according to his attorneys, Erika Birch and Jonathan Thorne of Jobs for Justice.

The Assistant Secretary of Labor for Occupational Safety and Health, Dr. David Michaels, said when OSHA filed Tenny’s case: “Raising a workplace safety and health concern is a courageous act of good citizenship. Not a single worker should fear harassment, intimidation or a disciplinary action for contributing to a safe and healthy workplace.”

But workers do fear retaliation. And for good reason.  OSHA doesn’t protect them. It is hobbled by antiquated legislative language and inadequate staff. That’s the assessment of the Center for Effective Government in a report it issued last month titled, “Securing the Right to a Safe and Healthy Workplace.”
OSHA is so shorthanded that it depends heavily on workers themselves, as opposed to OSHA inspectors, to report hazards. OSHA is without sufficient staff because for decades Congress has failed to properly fund the agency. In 1981, OSHA had one federal inspector for every 1,900 workplaces. Since then, as workers and employers increased, the number of inspectors declined, so that by 2011, there was one OSHA inspector for every 4,300 workplaces, one for every 62,000 workers.

The sequester cuts made matters worse, slicing the OSHA budget. The number of retaliation complaints filed with OSHA rose 46 percent between 2005 and 2012, but with budget and staff cuts, OSHA was less able to deal with them.
On top of all that is the weak whistleblower language in the law itself. It gives workers too little time – only 30 days – to file a complaint. The burden of proof is too high. OSHA takes too long to investigate, and if it declines to take action, the worker is prohibited from seeking relief through the courts himself. Newer whistleblower statutes for other agencies provide better protections, such as longer periods in which to file complaints and recognition of the right to pursue a case privately if the government declines to act.

The Center for Effective Government report says this: “several provisions of the OSH Act are too narrow and the remedies too weak to actually protect workers. . . The end result is that federal law simply does not protect workers who demand a safe and healthy workplace.”

OSHA workers themselves acknowledge that. A federal Government Accountability Office survey found less than 10 percent of OSHA inspectors believed an employee who filed a complaint would be protected from retaliation.

The Protecting America’s Workers Act would have remedied many of these problems. But Congress failed to pass it. President Obama asked for more money for the OSHA whistleblower program, but Congress refused to provide it.

Recognizing the problems on the federal level, the Center for Effective Government recommends state legislation to protect workers. And it notes that some states over the years have adopted such laws.

But just last week, another research organization, the Economic Policy Institute, issued a report detailing state legislative attacks on worker wages, rights and workplace standards over the past two years. The author, Gordon Lafer, writes that these destructive initiatives, sought by corporations, included measures undermining workplace safety protections. It doesn’t seem likely, then, that states will increase workers’ whistleblower rights and safeguards.
When employers face no sanctions for retaliating against workers who report hazards, it sends a powerful message to other workers to keep their mouths shut and accept the risk of death on the job. A country that sustains such a policy is soulless.

Posted by NOTES FROM THE WILDSIDE at 12:39 PM